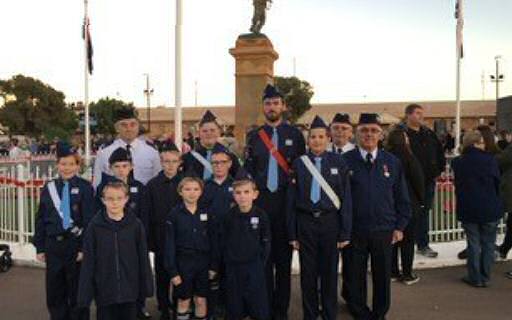 The Boys’ Brigade Ministry has enjoyed another God blessed year. Our primary object is to advance Christ’s kingdom amongst boys and the promotion of habits of obedience, reverence, discipline, self respect and all that tends towards true Christian manliness.

We engage our parade nights under the four pillars – Spiritual, Educational, Social & Physical. We meet each Wednesday night at KBC during the school terms.

We enjoyed a day/ night at Queen Victoria Rocks in the first semester and for the second semester we have the 10th North Beach Company interested in coming to Kalgoorlie for a combined camp in the school holidays.

The parade nights have been consistent with our routine program for the boys who are regular and conscientious.

We are most thankful for all the external volunteers in supporting the Brigade over the year and in particular with devotions. Like-wise for the KBC facility that we use each parade evening.

Last year we celebrated 25 yrs of Boys Brigade in Kalgoorlie and now entered our 26th year in the hope of gaining new Leaders to grasp the baton. The majority of Officers are in senior years and feel it’s time to stand down.

Four of the Leaders were at its inauguration and served the 25years in the Company.
In all circumstances we are thankful and leave all things in God’s hands and thank Him for the past quarter century of the Brigade Ministry in the Goldfields which has been under his care and has been ever faithful.

Scroll back to top