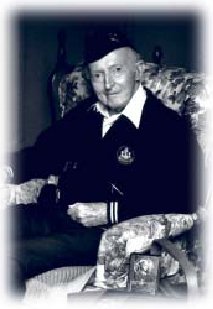 After forming 1st Melbourne Company in 1928 as a 21 year old, he not only founded another Company, but played a vital role at encouraging and supporting many subsequent Brigade Companies, and founding the Australian BB Council, Victorian Council and Executive with active involvement for over 60 years to the movement.

Congratulations to Roy Fraser who in 2002 was “Awarded the OAM (Order of Australia Member) for service to youth through The Boys’ Brigade, and to the Baptist Church, particularly as an administrator.”

In 1928, at the age of 21 years, Roy formed the 1st Melbourne Company of The Boys’ Brigade with two friends, and remained true to the organisation for 60 years. In those years, he founded yet another Company, as well as played key role in encouraging and supporting many other Companies to be founded. He was significant in liaising campaigning with The Boys’ Brigade in UK for Australian independence and in 1958, Roy saw the formation of the first Australian Boys’ Brigade Council and became its president in 1961.

In 1979 he was recognised as a Life Member of The Boys’ Brigade in Victoria of which body he had been Vice President for 20 years. In 1985 he was made a Life Member of the Australian Council.

Apart for his love of camping, and attention and care of Boys, he was particularly remembered as one who never asked the boys or others to do something which he was not prepared to do himself. In the camping programs he took his turn at scrubbing dishes, putting up tents and cleaning toilets. At one camp he introduced the motto – TOTOFF: Think Of The Other Fellow First.

Roy was a great example of the Object in action, always striving towards true Christian manliness and advancing Christ’s Kingdom in all that he did.