In this video you will learn how to read a topographical map. This video covers what a topo map is, what scale is, how to read contour lines and identifying landmarks using the legend. 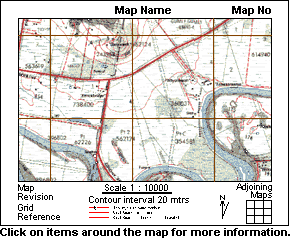 What Is A Map?
A map is an aerial projection of some terrain. Maps will usually have special symbols to represent objects or features.

Map Type
The “Topographic” map which is a mixture of contours and features. This type of map usually used for hiking and bush walking.

Map Name
The map name is a “human readable” name to use when referring to a particular map. For example, Wagga Wagga. This is name of the 1:25,000 map with the Map Number 8327-1-N.

Map Number
The number of the map indicates the scale and the location in Australia the map presents. This is name of the 1:25,000 map with the Map Number 8327-1-N.

When using a grid reference, it is useful to indicate which map you are using both by name and number. For example, 8727-1-N Wagga Wagga 246228 to indicate a point on the Wagga Wagga map.

Map Revision
Read the small print. Typical small print indicate such things as:- Map Reliability – when the last time the area and the map were checked. Map Accuracy – +/- 25 metres in the horizontal position and +/- 10 metres in elevations.
Road classifications – This one is an important one. The roads on the map are classified according to their intended function as part of the national road system. It has not indicate the condition of the roads.

Adjoining Maps
This little diagram shows you the numbers and names of the maps on the eight grid squares surrounding the map you are looking at.
Knowing how the maps fit together helps you understand which maps join onto the one you’re looking at, so you know which maps you need.

Universal Grid Reference
This panel of the map is useful to some people – note that it presents a different way of presenting the grid reference. Rather than using the map number or name, use the “100 000 METRE SQUARE IDENTIFICATION” so a reference becomes”FA754573″ instead of “8626-I-N CORIN DAM 754573”.
That’s a lot shorter, so it may be worth using, as long as you mention on your navigation data sheet that you’re using these references. Note that one of these grids (eg: FA) covers more than one map, so it’s much easier to use the name or number of the map, such as “CD 754573” where you have previously stated that CD is short for “8626-I-N Corin Dam”.

Legend
The legend shows the colours and symbols used on the map to represent different features of the terrain. Features are represented by special symbols, vegetation markings and watercourses.

Roads and Trails
The markings used for roads indicate only that some kind of road was there when the map was made. The roads may not necessarily be open to the public (ie: a private road), and may have changed in quality since the map was made. For example, a four-wheel drive track may have been graded to make an unsealed road
or fire trail.

Watercourses
Water is very important to hikers. Water can also be very dangerous to hikers.
It’s useful know where water is in case you need to get some.
Rivers and lakes will be shown as bodies of water – blue patches on the map.
Creeks and streams will be blue lines, with the width of the blue line usually indicating the flow of the creek (or at least the width of the stream). Other blue lines you are likely to find are broken blue lines, representing intermittent streams or dotted blue lines representing underground rivers or aqueducts.
An intermittent stream is a watercourse that is usually dry, but starts to flow in heavy rain. These can be useful to you as a source of water in the wet season, or an obstacle if you’re hoping to cross them.

Other Information
There is some information in the border of the map which is useful, some interesting, and some life-saving.

Scroll back to top