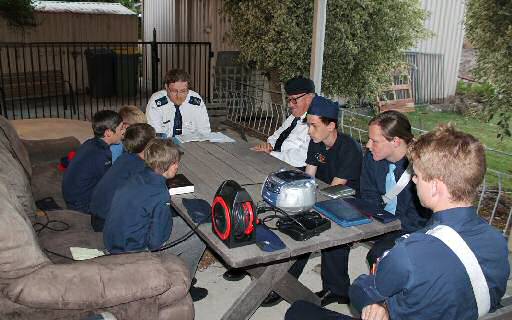 Late in 2016 we advertised for a Marketing Volunteer and attracted three applicants. After assessment we appointed Venezuela Lubis. Venezuela developed a marketing strategy which we have been progressively working through in 2017.

We are currently contacting schools to place advertisements in newsletters or on notice boards.
As part of trying to increase our exposure in the community we have participated in Maddington Bunnings Easter & Mothers Day Family Fun Nights. We have run craft tables for the event and have an information stall.

Enabling us to chat to parents and show the community what we are about. We have had two boys join from the exposure at the Bunnings Family Fun Night.
We had a very successful Father’s Day Night with a popsicle bridge building competition where the bridges were tested with the number of books that were stacked on them. The winner had 30 books. For Mother’s Day the boys enjoyed making test tubes with tea/coffee as gifts for their Mum and decorating to add an extra special touch for Mum.

In October 2017 we had our company camp at Ern Halliday. They Boys’ had a great time and the camp featured orienteering, laser skirmish, rock climbing, raft building, water fight & rocket building. The Boys’ built some successful rafts which they get to test at the Beach. Some of the rockets reached heights of +20m and the boys always enjoy getting the officers wet in the water fight. The laser tag is always enjoyed, and the boys loved the rock climbing challenge, with some having a go at the moving rock wall.
After 12 years of service Laurie Clark our Chaplain retired at the end of 2017 and has left some massive shoes to fill.

2018 have been a challenging year, with GBC undergoing significant renovations with 90% of the facilities we use not being available. We’ve had to modify our program and find some creative solutions. At the same time, we’ve had a resurgence in numbers which is encouraging to see.

The Seniors had a start-up camp at the end of February in Guilderton (Moore River), the boys got to grow and build friendships. The Camp featured canoeing, Swimming, Fishing and Sand-boarding. The Sandboarding was a big favourite amongst the boys enjoying flying down the sand dunes into the water. 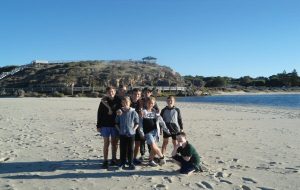 In early April we had a Company Fun Day at Kent Street Weir, we had several families come along for the day. Families got to have a go at canoeing, BMX and a variety of sports along with a BBQ lunch. Everyone had a great time, especially the canoeing with some boys’ not wanting to go home.

A number of Boys’ marched & laid a wreath at the Armadale RSL ANZAC service which was a proud moment for a lot of the boys. We concluded term 2 with a BBQ Bonfire night at Southern Hills Christian College. The boys’ had a great time playing sport and having a BBQ dinner, then the boys had a great time at the bonfire finding some stick to roast marshmallows.